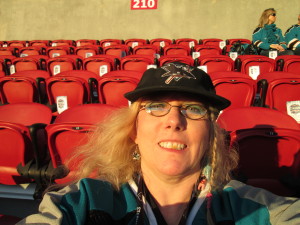 I didn’t plan to become a dispatcher. Like so many of my fellow brothers and sisters, I fell into the job as a back-up for the regular dispatcher when I was working as an EMT. Back in the 70’s, I was obsessed with the idea of being a paramedic thanks to the weekly television show “Emergency!” I wanted to go out and save people, just like Johnny and Roy.

Times were different back then. 911 was a recent concept: our city, Torrance – part of the South Bay region of Los Angeles County, didn’t have it yet. I never saw any women running calls in any ambulance; female firefighters didn’t exist; and, women in law enforcement struggled to earn respect. Dispatchers? Who were they?

I had no clue. In fact, once I finally started working on a rig I found out my co-workers had little good to say about the people on the other end of the radio. They taught me multiple ways to get around assignments. I used those lessons later on.

When the company went under I used the little dispatch experience to get a job behind the radio and had an eye-opening. Dispatchers were very underrated. That position led to another and so until eventually I was picked up by my first department. Public safety dispatching at a 911 PSAP was a whole new world compared to ambulance company services but I LOVED it. It seems I had a knack for the job.

Over the years I have handled more calls and incidents than I can count including major disasters, officer-need-helps, bank robberies, pursuits, riots, demonstrations, and UFO reports. I’ve been the last voice a dying person heard more times than I care to remember. I’ve comforted distraught parents who’ve lost a child. I’ve calmed down victims of horrific crimes. Now, I deal with wildlife at my current agency. No more calls from screaming citizens about shots fired or houses on fire. It’s low key most of the time … until something goes bad then it’s nail-biting. Nothing is worse than holding your breath while waiting for a cover to get to a game warden – with a 1-2 hour ETA.

After 24 years, I wanted to follow through with a dream of mine and write a book about our profession. Finally, after years of research, I made that dream a reality last year when I published “What is your emergency? The History of Public Safety Dispatching in America”. The book tells the story of dispatching and I am very proud of it.

Yes, I am still dispatching 27 years after I first took over the radio. When I first started, the set-up was a desk-top mic with a pad of paper. The City PD had a Centracomm console with a multitude of buttons and a belt stretching the length of the room for the cards to flow back & forth. Now, we use a CAD system with a digital, computerized radio & phone systems. We communicate with texting, social media, and cell phones. Even the NCIC access has changed from string-text commands to pre-formatted screens.

I’m proud to be a Public Safety Dispatcher.

As I end my blog posts….stay safe out there!

« We Matter, We Save Lives
Why I Am a Dispatcher and Still Doing It »