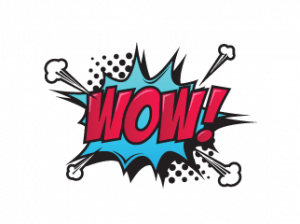 You published this in the March/April PSC magazine but it should be shared far and wide.  This involved suicides, involving youth.

Within the span of just three days, one team within the ECC took two such calls involving students from the same high school. When asked if these two calls impacted the team more than normal, Central Utah Dispatch Supervisor April Robbins said: “I think any time there are kids involved it affects us more than adults, especially if it’s a child suicide. It hits everyone pretty hard.”

Following the second suicide, Kamie Hair, the mother of a student in the school and a friend of Robbins, began to coordinate a response with the goal of showing students they were loved and needed. After reading a call for help on Facebook, Robbins got her team involved. “My team had taken both of the calls that prompted the project,” she said. “As the supervisor, I thought it would be therapeutic for them to participate.”

Robbins’ team — Alex Wall, Anjanelle Redford, Jason Reilly, Heather Robinson, Kaye Hinds, Taylor Higginson, Amber Rock, Cadee Thorn and Kendra Wilson — spent their “down time” when not answering phone calls or radio traffic during their 12-hour shift cutting out hearts and writing uplifting messages on them. Amber Rock, a public safety telecommunicator at Central Utah 9-1-1 and a member of the center’s Heart Attack team said, “I was very happy to be able to participate in this. The recent suicides affected all of us deeply, so to be able to do something so big, yet so simple left me • us, feeling we might have helped someone in some way.”

After answering phones, creating calls for service, coordinating field responders on the radio and cutting out hearts for 12 hours, the team’s shift ended and they handed in their contribution — hundreds of hearts bearing words of compassion and encouragement. The team’s hard work paid off. Their contribution, along with the contributions of many others, allowed Hair and other volunteers to place thousands of hearts. They went on every locker in the impacted school and on every entry door at 13 junior high and high schools in the Nebo School District. “Personally, I feel like all 9-1-1 centers should be involved in the community in one way or another,” Robbins said. “Most people’s involvement with us is on the worst day of their lives. So if we can do things to give back to the community and add some positivity, I say go for it!”

Was it worth it? Robbins says it was. The Heart Attack had a positive impact on students and staff. According to Robbins’ friend Hair, her daughter reported the classes that day to be more fun and the people in them happier.  When asked if this type of project is something they would continue to do at their center, Robbins said, “I would say so. We typically wouldn’t go out and do that, but things that we can do (from) inside the center to help, we will definitely continue to do.”

As Rock said, the ability “to do something so big, yet so simple left me … us, feeling we might have helped someone in some way.”

While we cannot always reach out to those involved in traumatic incidents due to confidentiality concerns, the ability to be involved or lead projects like the Heart Attack helps provide comfort to all involved, including the frontline telecommunicator.

Big shout-out to the 25 Public Safety Dispatchers who work in the Emergency Communications Center. They are the first and most critical contact our citizens have with emergency services. Thank you for your service! #NPSTW
#DouglasCountyKSMatters
#KansasCountiesMatter
@DGSOSheriff

Shout-out 📣 to our members in Communications – unsung heroes of public safety – for the key role they play in keeping #OttCity safe.

🎧 ensuring the right resources get to an emergency ASAP

It's Public Safety Telecommunicators Week – a time to honour the hard work & professionalism of our members in Communications. Thank you for being on duty 24/7/365 to handle emergency calls, protect the community, & keep fire crews safe!

This was easily the most generous National Public Safety Telecommunications Week we have ever seen. Our responders, communities, and Administration went above and beyond to thank and care for us this week. #NPSTW

You don't see them during your travel, but they play a big role in your safety.

Let's salute the team fielding calls 24/7 & dispatching @BWIfire @theMDTA Police + others. As part of National Public Safety Telecommunicators Week, we thank them for all they do! #MDOTexperts #NPSTW

This week we honour our Amazing Team of Communication Dispatchers! Thank you for your dedicated service. Today's safety tip: Teach your children how to call 911 #fire #brantford #npstw @CityofBrantford @BrantfordPFFA

They are the 1st voice someone hears when they call for help, provide critical assistance & calm reassurance on what may be someone’s toughest day. They are the eyes/ears of @oshawacity Fire Fighters & keep them safe. Thank you!
#NPSTW2021 #NPSTW
@OshawaFire @IAFFCanada @opffa

They are the 1st voice someone hears when they call for help. They provide critical assistance & calm reassurance on what may be someone’s toughest day. They are the eyes & ears of Ontario’s Frontline Fire Fighters & keep them safe. @IAFFCanada @ongov #NPSTW2021 #NPSTW

Continuing our celebration of #NPSTW, we show our support and appreciation for the women and men who dedicate their lives to helping others. Read our blog. #headsetheroes https://hxgn.biz/2Q9rPtT

Thank you @LAPDChiefMoore for visiting our Valley Communications Dispatch Center to champion our hard-working Dispatchers and honor our employees of the year. #NPSTW #WeAre911 #911CRU #NPSTW2021

This afternoon Chief Moore visited one of our dispatch centers to honor our dispatchers during National Public Safety Telecommunicators Week.

One behalf of the entire LAPD, and all Angelenos, thank you!

Because NE has the greatest dispatcher! Thank you for being the calmest voice, when all hell is breaking loose. #NPSTW Couldn’t do it without you! 💜 #DispatchersRock 💛

Our operators connect guests, families, & staff 24/7- an exemplary role of our core value Caring Communication! Whether it’s assisting an emergency, playing a lullaby when a baby is born, or ‘Don’t Stop Believin’ when someone goes home, this team is all about service. #NPSTW

@LAPDDStoraker @911LAPD The COVID years of #NPSTW really drove home the truly Herculean effort @LAPDDStoraker & the CRU unit put into past celebrations. Hopefully next year COVID will be in the rear view. Thank you to @LAPD_Vargas & his CRU team for everything they did to celebrate the @911LAPD PSRs!

It's National Public Safety Telecommunicators Week! Thank you to telecommunications operators and dispatchers everywhere for your dedication and service to keeping our communities and first responders safe.