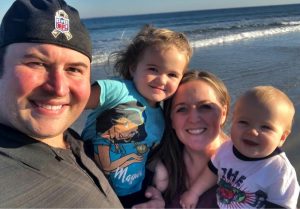 My workplace superhero is Kevin Chaff. In the years that I have known him, my respect for him has only grown. He was a model trainee and hit the ground running as soon as they cut the apron strings.

He has become a CTO and does this with patience and humor. He is also a Q, which is a tough job for anyone, but he is fair and always willing to discuss his reasoning behind a score and to also help someone understand the protocol better. This is especially important to someone who has been here a lot longer and is taking advice or constructive criticism from someone younger and with less experience.

Kevin is one of those TC’s that, er, attracts the strange and unusual calls. This does not deter him from showing up with a smile for every shift. I can’t say it doesn’t deter the supervisors who have to listen to and document these occurrences. When one or more of these lightning rods show up for a shift, there is an audible groan from above. You can rest assured that the shift will be interesting.

Kevin has added a wife and two children to the mix since we’ve known him. The love he has for them is evident in everything he says and does. Yes, people usually only post “the good stuff” on social media, but you can’t fake the smiles and the pride on his face when talking about his family. Jen, his wife, doesn’t hesitate to compliment him on his work ethic and his dedication to her and to their beautiful children. She is a saint, for sure, for sharing her husband with the bureau without complaint and for putting up with the funny dad memes and jokes of which he has a never-ending supply.

I could go on for much longer about how much of an asset he is to our work environment but the bottom line is we all agree that we’re lucky to have him.

« It Took Only One
Kathy DeGracia »