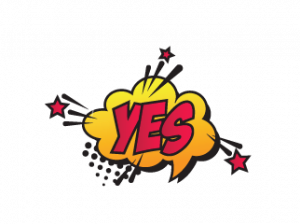 The following was brought to our attention today after an event that occurred on our recent days off. PSCIII Kraut was submitted for multiple internal awards however this incident is clearly worthy of recognition and we wanted to bring it to your attention as well. I have copied the award nomination that was submitted:

During a day off, February 15th 2021, around 1900 PSC III Kraut utilized his training from DPSC and his EMT class to save someone’s life. At Crossroads Tavern in Manassas City a twenty-year-old had started choking. The patient’s mother was attempting the Heimlich, but was unsuccessful in dislodging the food. His face began to turn red and he was displaying the universal choking sign (hands up to his neck). It became obvious that the gentleman wasn’t getting any air and was in dire need of assistance. When the situation was brought to Mason’s attention he stood up and ran to his aid. Mason performed the Heimlich maneuver for several minutes and the patient began to vomit. Mid situation, Mason even yelled out for people to call 911, since they appeared to have their phones out but not up to their ears. He continued thrusts until he could hear the patient begin to breathe again and start to speak. After another minute, although it felt like an eternity, the patient vomited the remaining food and could breathe fully again. PSC III Kraut then disappeared to the bathroom to wash off the patient’s vomit, and maybe hold back his own, while the boy’s mother yelled out wondering where he had gone.  Once the situation had calmed, PSC III Kraut reemerged to hug the patient’s mother and promptly leave the Tavern.

He was exceptionally proficient in his performance, behavior, and action. His training at work and further training outside of work assisted him in saving someone’s life. This shows that our training assists us in not only saving lives on the other end of the phone, but in our own every day lives. This reflects PSC III Kraut’s desire to save others on and off the clock; as well as, his ability to proficiently remember and perform the life saving techniques taught at DPSC. If Mason had not been at that restaurant, I believe the fire department would have been showing up to an active CPR.